Berlin, On The Third Day

After a solid twelve hours of sleep, I awoke with the confidence that jet lag had been avoided. The day before I had seen a guy just down from the Trabi Museum who had set up a table on the corner and was selling old pins and uniform parts from the DDR (East Germany) and USSR (USSR). I spied two that I would like to add to my collection but was out of cash so I went a few blocks to an ATM and hoped to return and buy them. I got distracted and never made it.

When I awoke to no rain yet, as had been forecast, I decided to head back that direction and see if he was set up. It also helped he was across the street from the Air Service Berlin-Welt Balloon. It’s a giant tethered helium balloon that has a caged gondola suspended below it for the humans.

I had spied it the day before and was curious but was sold once I learned you got a discount with the Berlin Welcome Card. It was well worth it. I could have sworn they said it went up 350m, but the website says 150m. Either way, it was a great view. 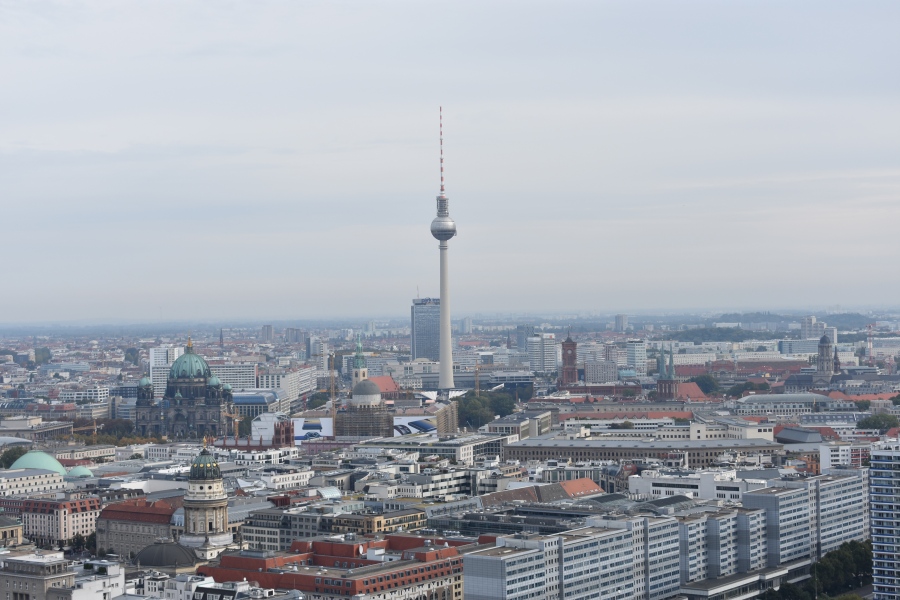 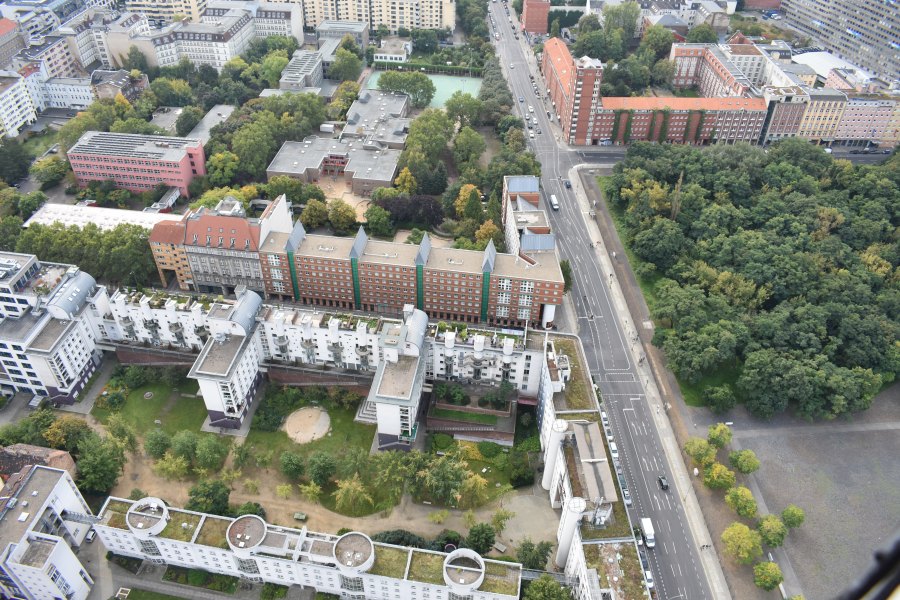 After descending, I crossed the street to buy my pins. I think pins and buttons make great souvenirs. They are small, inexpensive, and you can show off where you have been. I’ve got a whole box full of them. Now with a few from the DDR.

My plan after that was to go to the giant tower seen in one of the above photos: The Fernsehturm. It was built as a giant TV tower in East Berlin, but more than that, I think it was a giant communist middle finger to the West. I figured it would be cool to check out the view from there so I headed to Alexanderplatz.

As I popped out of the U-Bahn station I saw the tower right away.

Just one little thing got in my way: and Oktoberfest celebration at Alexanderplatz. German fair food and beer? I’m not made of stone! So I bought some German bread and cheese for dinner later and grabbed a beer.

After checking out the fest, I walked toward the tower but once again got sidetracked when I found the Neptunbrunnen, a great fountain with a Neptune-water theme. 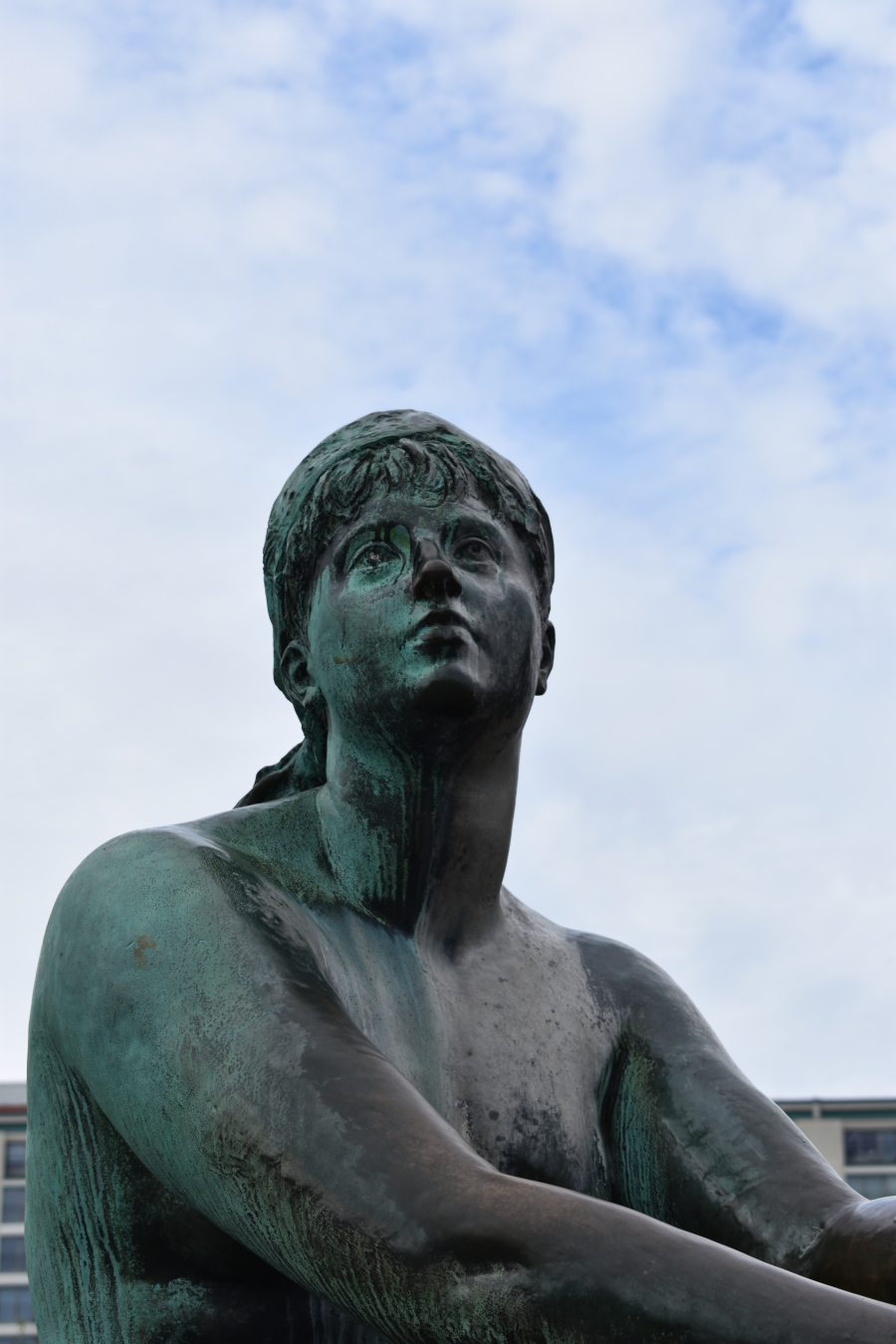 Also, you notice how the patina is worn off of the statue’s left breast? Stupid tourists copping a feel. No class.

After taking way to many photos here, I saw a building off in the distance that I was drawn to. It turns out it was the Berliner Dom, a church built by the Kaiser to be a German version of St. Peter’s. Of course I climbed up to the dome. I really am to old for stuff like that, but can’t resist. My calves were feeling it the next day, but the view was cool. 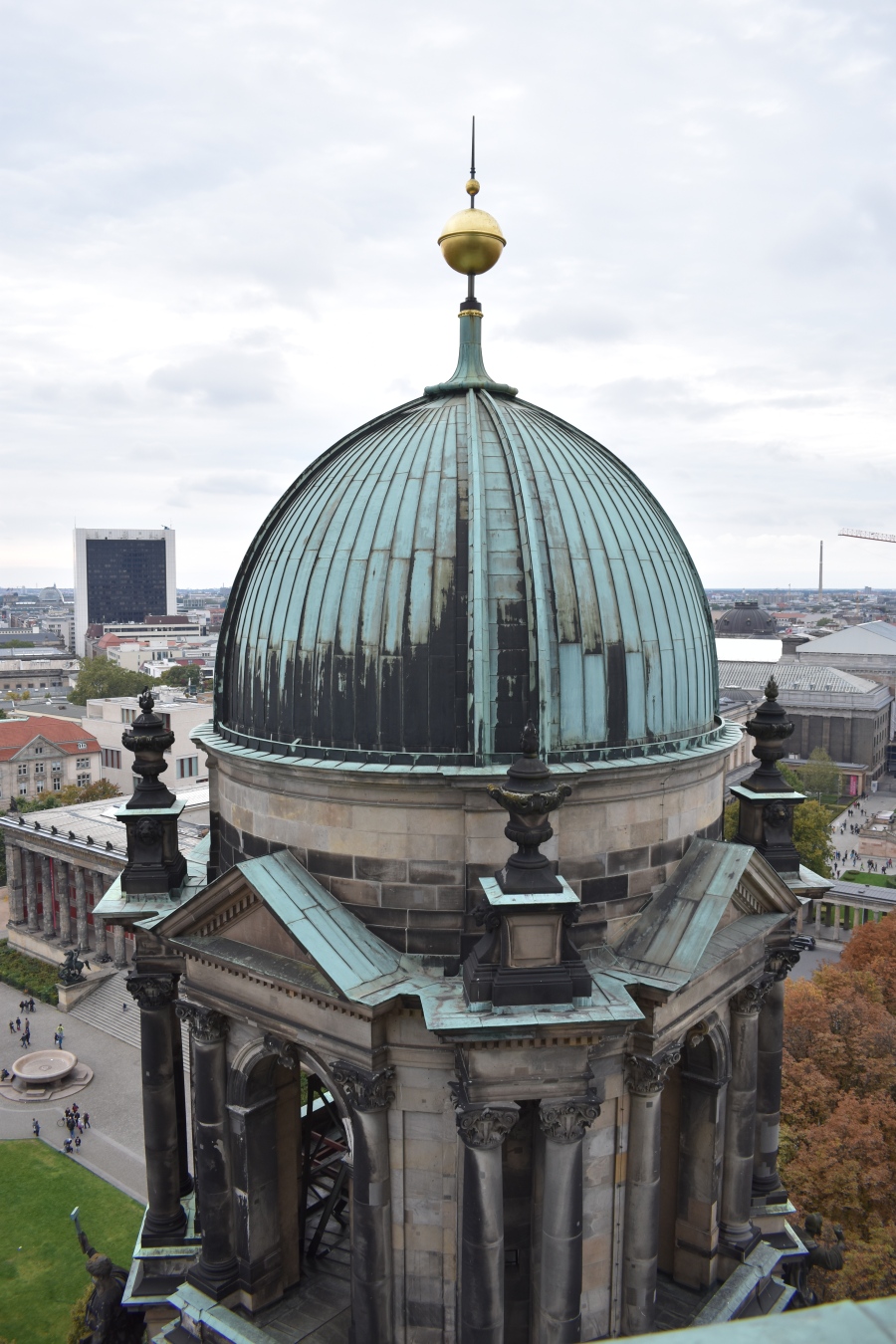 After huffing it up and down the stairs, it was time to enter the Hohenzollern Crypt. I love crypts. I love cemeteries and crypts are indoor cemeteries that usually have very interesting monuments. In the crypt are entombed scores of Hohenzollerns from kings and queens to princes and assorted other royalty.

Whenever I’m in a big church and am wandering around the crypt, I can’t help but think that these aristocrats would be aghast if they knew a commoner like me was stomping about their final resting place. It just goes to show you that no matter what your status is in life, we are all gonna die and once that happens we are all in the same gang.

After the crypt, I hit my first Hit, a grocery store I saw earlier in the day. I love visiting grocery stores when I travel. It is fascinating to see what people buy in different places.

I grabbed a few items and went back to the hotel to plan the next day.

2 thoughts on “Berlin, On The Third Day”